Continuing on in our discussion of a uncatalogued lectionary fragment (which I am calling ULF, though not to be confused with the friendly alien), today we’ll chat about the lection covering John 6:48-54. There are several noteworthy things with this one. 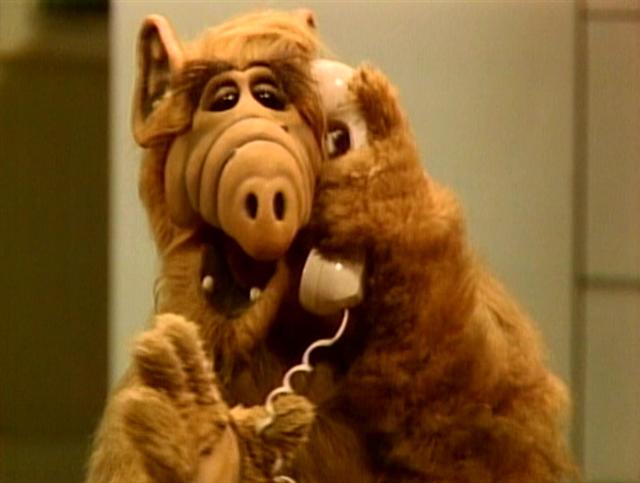 There are actually two variants here, one itacism (δοσω) and one addition. Note how the second line is kinda short? Well, that faint lettering to the right of δοσω is not ink bleeding in from the other side. It’s a rather faint word.

So why is this word faint? Did it just fade? No. A corrector did it. And which one? Another good question. Take a look and make up your mind. I’ll tell you my opinion in the next paragraph.

Why would you say it isn’t just faded? Well, first off, nothing around it is, so that would be odd. Second, and more important, there is a very strongly colored comma inserted between the first and second letters. That implies somebody scraped it off and tried to make up for the gap by putting in a comma, and one quite a bit away from the word that precedes it. Third, note the last letter of the αυτον. The erasure was incomplete, because the last letter wasn’t erased as well (and don’t we do the same sometimes?). Okay, so it was probably a corrector, but which one? Well, I have to put this one in the category of corrector 1 based on the color of the ink (see the longer discussion on the disambiguation and identification of the correctors here).

As for the αυτον, that is a variant away from my base text (Robinson-Pierpont), as well as the base text of corrector 1, the original scribe (if my reasoning about the identity is right). According to the data from the electronic edition of the Gospel According To John in the Byzantine Tradition, it is unknown. I also don’t see it in the apparatus of the NA27. Nor do I see it in the online edition of the IGNTP’s majuscule work on the gospel. Singular reading caused by a scribe not paying attention? Maybe not, but it fits the profile in my mind. It creates a nice double-accusative construction that would fill in the referent of the recipient, so a careless scribe might add it because it naturally comes to mind, or perhaps to clarify (though the latter is unlikely since I think corrector 1 is the original scribe...why would he erase his own clarification?). Anyway, just a speculation.

Two issues to mention here. The first is the explanation of a possible variant (or lack thereof). The second is about a big letter.

The lines look a little uneven. That’s because I spelled out the nomen sacrum for ουρανου in the first line, and corrector 2 added a letter. The fourth line is a little short because there’s a big space between the two words in the manuscript, so they take up a whole line. And for the last I spelled out the nu bar at the end of ζων.

So what is the issue? It’s the last word on the first line and the text underlying the correction. What was the original text? Is it an omicron with a nu bar that we can’t see or was covered up by the red mark above? Is it just an omicron and the scribe misspelled? Or is it something else? The scribe doesn’t use nu bars often, but he can, as you see from the last line above. So though there is potential for finding a nu bar somewhere at the top, it looks like it is just a misspelling. This would also explain why corrector 2 did what he did. So, we’ll mark that one down as a variant...

Whoa. That’s a big upsilon. You know, I’ve seen this somewhere before when working on a post. Hold on...it’s around here somewhere. No...not there. There!

That is something in the margin of the second side of page 26 of GA 2446. What does it say? I think it says "Concerning the second", though I am not sure what the "second" is to which it would be referring. The first letter combination looks like a ligature for υπερ, the second for της and the third the numeric value "2". Well, maybe the comparison between upsilons is a stretch. What think ye? Is it not abnormally large? Anyway...moving on...

We have already discussed or at least mentioned several variants above, the addition of an αυτον (later erased), a misspelling of καταβαινων, as well as an itacism for δωσω, δοσω. It may be of interest to you that the scribe itacised that last word twice in the space of a few words...which would be expected.

One more variant (which spans two pages, which is the reason for the break in the image above), perhaps the most interesting of those here. If you look at John 6:52 in your NA27 you’ll see a couple of phrases have reordering issues. Once again going to our online editions, ULF transposes προσ αλληλουσ and οι Ιουδαιοι like 03, 05, 038, 27, 461, 565, 1194, 1216, and 743 (a commentary mss), as well as P75 and a few others according to the NA27 (On a side note, I don’t like how the NA27 has this evidence laid out.). And what earth-shattering difference does this make? Maybe none, but it is interesting and might be useful for determining genealogy at least.

How do you know your manuscript wasn’t made for and paid for by royalty? Here’s a hint. If you see this, you probably don’t have a manuscript meant for a king:

There is a variant showing, but no missing text; τρογων is an itacism. What you might expect, that the text is fragmentary here, is not true. Nothing is missing. This means that the hole was here when the manuscript was copied.

I’m glad a nice reader pointed out a web resource in a comment on my last post (thanks again Wieland!). I mentioned the resource a while back in my post on where to get your textual variants, but it hadn’t crossed my mind to use it for these posts recently. Since he brought it up, now it’s at the forefront of my mind. As I mentioned before, I don’t care for the interface (though I would volunteer to write another myself if the data were made available), but the data is what really matters. Very useful.

So there passes yet one more lection. I hope you enjoyed it. Would love to hear any feedback that you may have. If you want to see other posts on this manuscript, look a little below where you’re looking now and you’ll see some in the series listing. The next will hopefully be coming in a few days.