What's In the Box with ASP.NET MVC 4?

There are a few new things that come with new projects build in ASP.NET MVC 4 along with the ones we are used to by now. These tools that you get are delivered via NuGet packages, so let's look at the packages that we already had in ASP.NET MVC 3 that are still in the box in ASP.NET MVC 4 preview.

The following were in MVC 3 (with different versions in some cases) but not as NuGet packages:

Those lists may not be the same as a clean install but reflect what I have on my machine now. Here are the new NuGet packages added for ASP.NET MVC 4 Preview:

So that is what is in the box. The one that I am most interested in is the optimization library. I will definitely be messing with that soon. 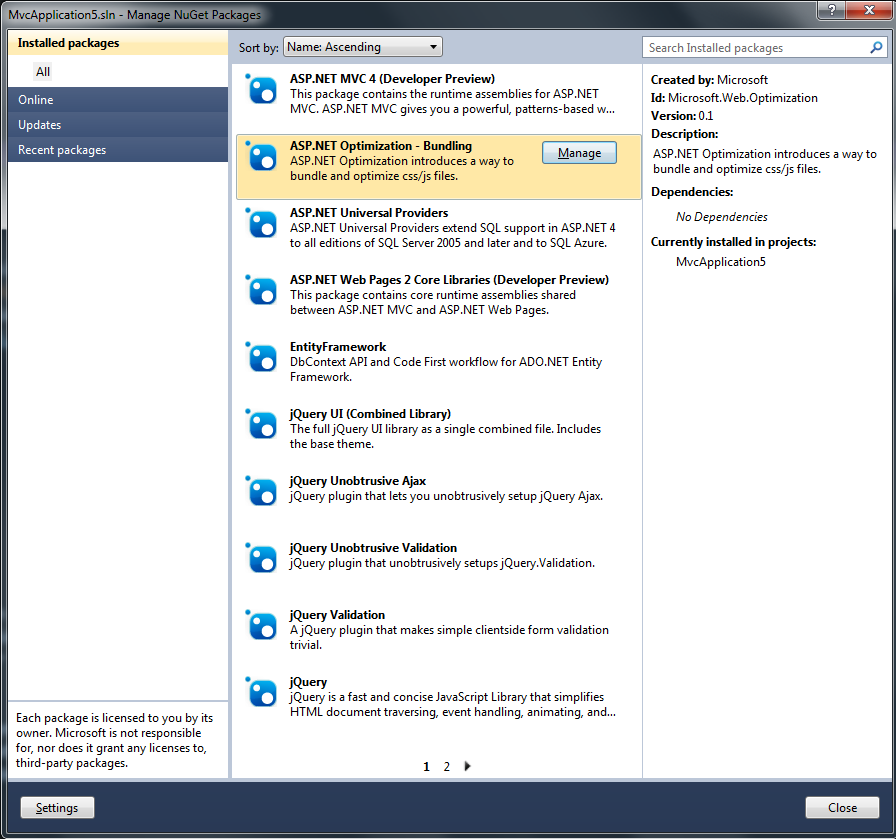 But I Don't Want That!

If there is a package that you don't want, you can delete it from your solution, packages file and packages directory manually or (a much better option) you can use NuGet to do that. In the image above, you will see that the selected package has a "Manage" button. Click on that. You will get a dialog that looks like this: 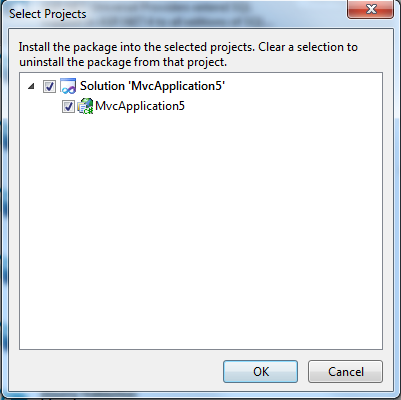 Deselect the project or solution that you want it removed for a voila, it removes everything for you. Sweet.