This year marked my third participation in Node Knockout and I had a really good time. This time I was honored to have Amir Rajan, Clifton King and Casey Foster and I thought our project turned out extremely well. My third entry in Node Knockout is definitely the best I’ve been involved with. So what did we build?

We build Nodekick, a multi-player, socket-based, Node.js hosted, canvas-heavy game. The concept of the game came from seeing a game called Divekick which you can buy on PS3 and on Steam. It’s a fun game and I recommend that you try it if you are in to fighting games. Divekick is a single or two-person game and it involves two actions, jumping and kicking. And that’s it. We wanted to make a multi-player game that supported more than two players so we needed three actions, jumping, kicking left and kicking right. The game play is intentionally very simple. The difficulty is in the timing, the strategy and the baiting of users into jumping to spots you can beat them.

The game had two scenes, one dark and one light. 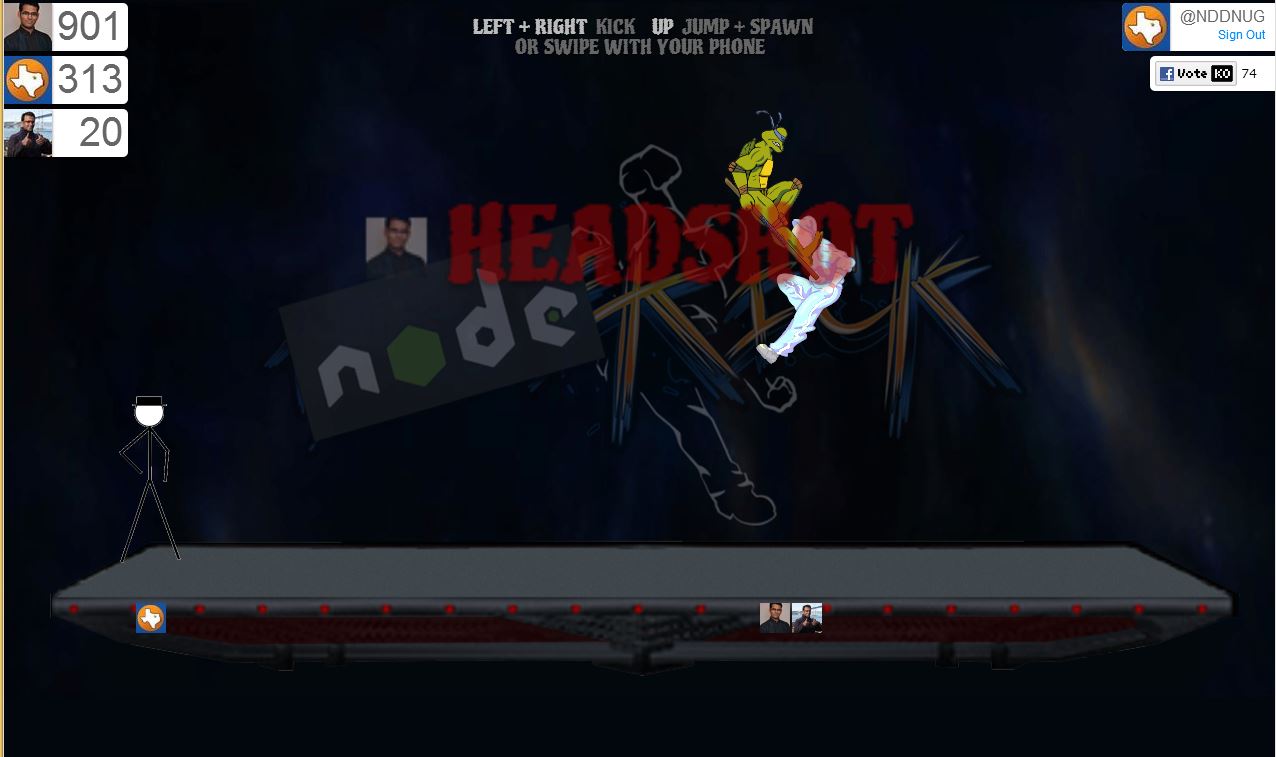 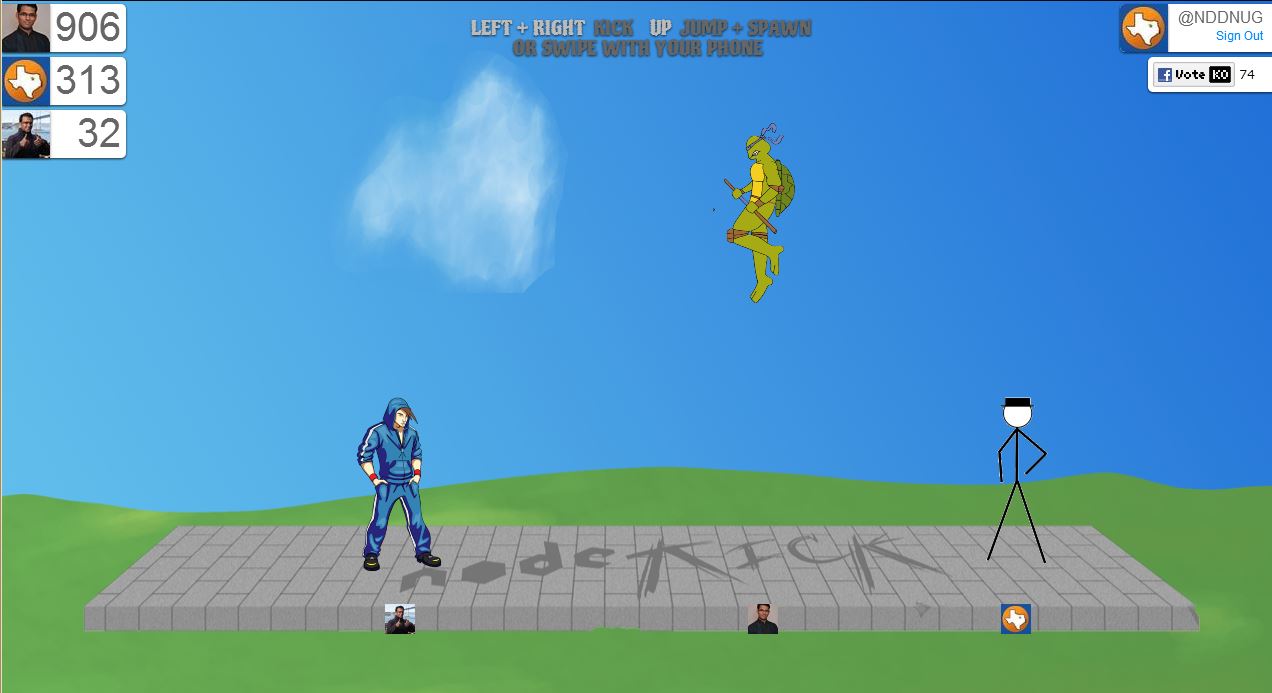 The game featured multiple audio sounds for various feats, from killing someone while diving, double kills, triple kills and various levels of killing streak. The voices were done by Amir and we used Audacity to add reverb and change the pitch.