Yesterday I spent way too much money on a Wacom 12WX. I’ve been wanting a replacement for my cheapo tablet anyway, but right now I’m scheduled to take an online class in comic book coloring with Comics Experience and that mediocre tablet was only going to frustrate me, so I decided to go ahead and upgrade.

So far the experience has been nothing but good. I love this device. As a test run I did a sketch last night. The first two steps were done in Illustrator CS4, the last was in Photoshop CS4. This is SO much easier to do on a tablet like this.

Alright. Step one was to draw the thing. I used as my model my daughter’s big disney drawing pad which had a picture of tramp on the cover. 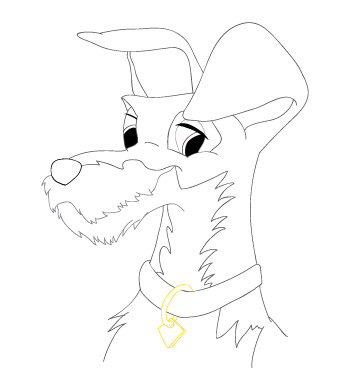 Next I filled in the colors. There was more shading variation in the original but I wanted to go for simple colors in Illustrator and move to Photoshop to touch it up a big. 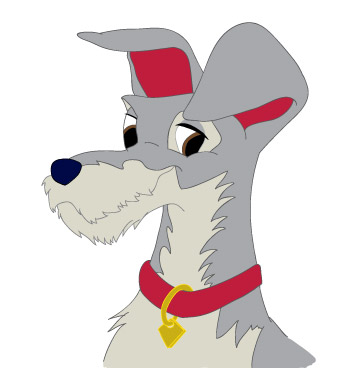 Next was much touch up phase. I did very little, as you can see. Most importantly I did a little work on the collar. 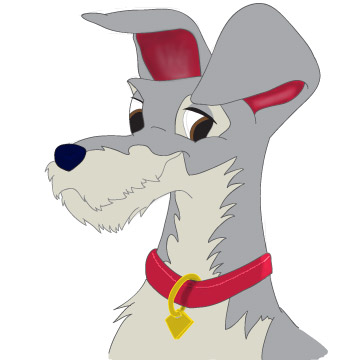 And that’s it for now. Unfortunately, I left off his eyebrows and a couple tufts of hair, but as a test run for the device I am very pleased. Being able to draw directly on the screen is oh so awesome.