So I took a little break from drawing...but picked it back up. Here are my two most recent (that I feel like sharing). For both, you can click on the image for a larger version.

This one I did a few months ago. This was another drawing tutorial from http://www.drawspace.com/. There are some nice tutorials there. This particular piece wasn't very difficult or time-consuming. 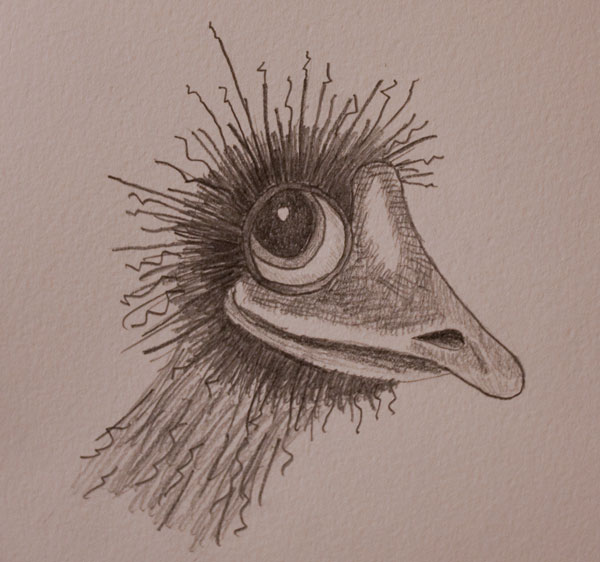 Colossus vs That Breakworld Guy

The following is based on one of my favorite images in Whedon and Cassaday's first volume of "Astonishing X-Men", picturing Colossus fighting the main villain of the story, some dude from the Breakworld. 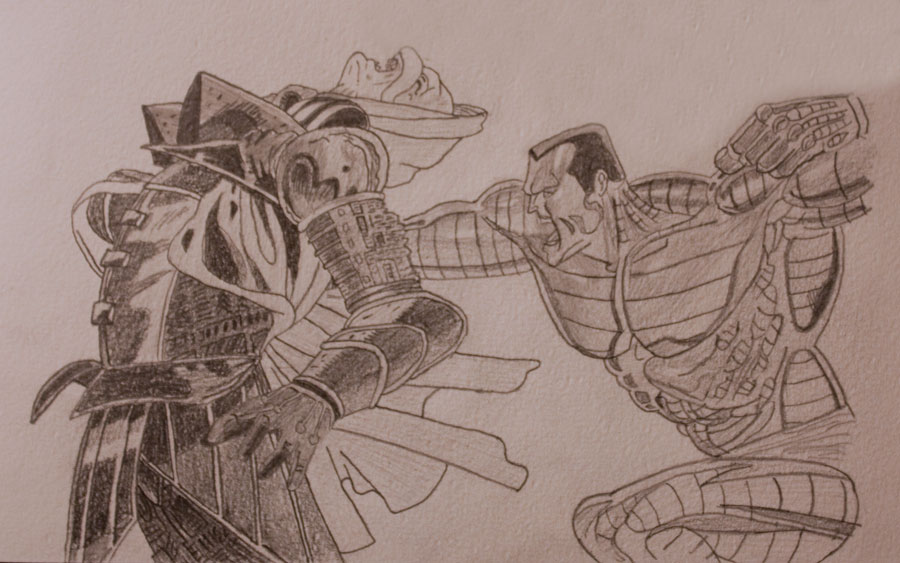 This one was both time-consuming and difficult, but a lot of fun. The coloring was a little problematic since I only have grey pencils. But since Colossus is grey and much of the other fellow's outfit is grey, it ended up not being too much of a problem.

There are some flaws compared to the original for sure. Colossus should be hitting him lower down in the back and I left out the little bit of the bad guy's right hand (though it didn't hardly show up anyway given his position). But overall it turned out pretty good. The moleskin drawing pad I am using wasn't tall enough to accommodate the full image so the bottom inch and a half or so are left out entirely. I also made Colossus' mouth too large...though that over-pronouncement brings out the anger a bit better.

Next I think I'll use this as a basis for a drawing of the same thing in Illustrator. I don't think I'll have to drop into Photoshop to do any of the coloring, but that might be necessary. Anyway...we'll see how long that takes.

On a relevant side note, Whedon's writing is up to its usual level, even outside his normal medium, TV. I really like his work here.