I make things all the time but usually that involves coding. Occasionally I involve myself in the smelly, dusty, real world. Here are two things I did recently.

A couple months ago my family spent the day with another family (Bill and Jennifer Hale) and we made a trebuchet. This will help us storm any castles we come against. Handy. The plans were made by Jennifer and her dad. I mostly just helped out and didn’t do anything of real consequence. Following are a few videos from different angles. I think we estimated about a 200 foot distance for the payload, which was around 2 pounds. It took pretty much all day and was a fun experience.

I had two problems and I solved them at the same time. First, I had some scrap wood that I needed to get rid of. Second, I needed a good place to store laptops (we now have one per person in my five-person household) and iPads. So I made a rack.

Most of the rack was made from random bits of scrap wood. That stuff I needed to get rid of and could have just thrown away but I also had some boards that I couldn't throw away because they were broken leftovers of Taekwondo board breaking. Too much sentimental value. Since I couldn't throw them away, I made something with them instead. Since they were uneven, having been broken by kicks and not cut with saws, I used them for the vertical dividers in this little shelf. 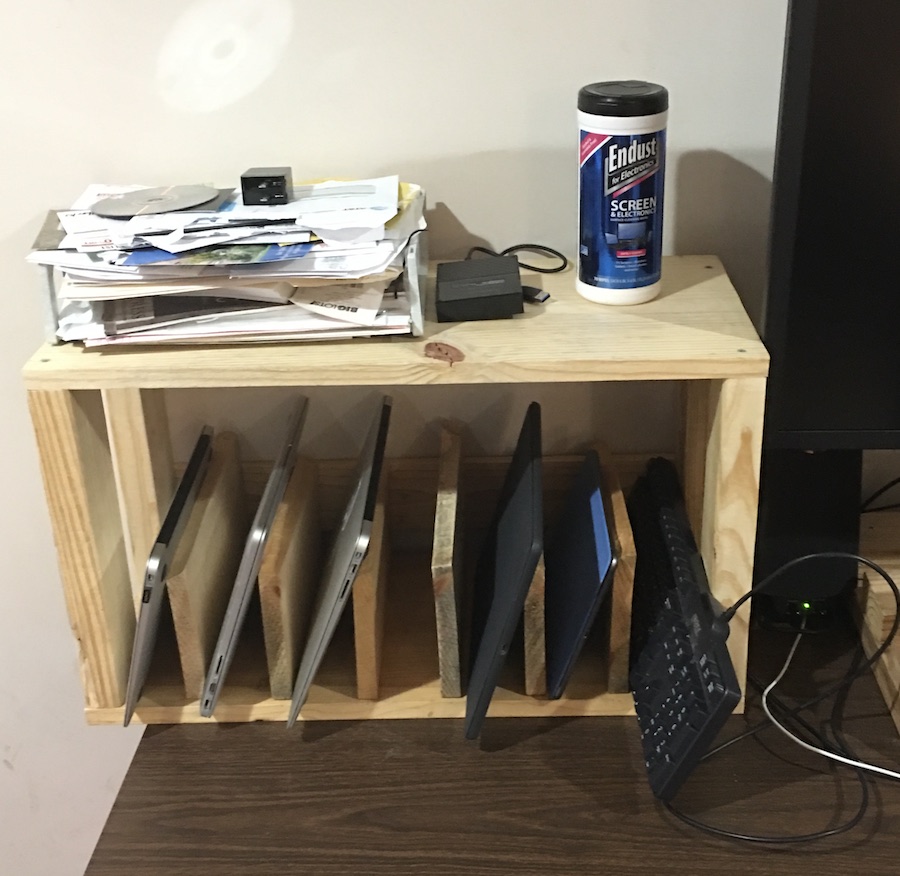 I should probably stick to software.