It was either late in the day on day 3 or early day 4 (I do not recall) that we received final permission to photograph manuscripts next week at an institution. Yay! They were going to have us come in on Thursday and Friday of next week, but only for 4.5 hours a day. Unfortunately that was not enough time for us, so we requested one more day and that was approved, so Wednesday through Friday of next week we’re shooting. Yay!

On Not Popping in for a Visit

I am sure this is obvious to most, but you cannot just show up at a museum, library or monastery in Greece, announce "I am here to photograph your manuscripts" and expect to get anywhere close to them. Getting in to photograph is often a lengthy process. It often involves the writing of multiple letters asking for permission, visits to meet the leadership of the institution, etc.

It is also helpful to do some prep work at the site before the manuscripts are photographed. Go to the institution, make sure they have all that is recorded that they have (there can be less or more, which is valuable to know). When possible, someone is sent beforehand to spend time with all of the manuscripts, identifying what they are, counting the leaves (important at the very least for estimating the time needed to photograph) and various other data collection tasks.

Which brings us to our primary task on day 4. Today we spent a few hours at the same institution mentioned on day 2 to look through their catalogs to see what all manuscripts they had and to see if they were all known by the western scholarly world.

All of those at least vaguely familiar with New Testament textual criticism will know that each manuscript is categorized in a numbering system to make it easier to cite them. Otherwise, instead of saying "1203 has the following reading in John 1:1" you would have to say something like "the manuscript with catalog number BUI56754 in the Foo Library at Random University Library has the following reading in John 1:1", which is just way too verbose. The numbering system is published in the Kurzgefasste Liste Der Griechischen Handschriften Des Neuen Testaments (hereafter K-Liste). This is, more or less, the list of Greek manuscripts known to textual critics in the academic world. This number is called their Gregory-Aland number.

The most important part of the K-Liste is the list of the 5000+ Greek New Testament manuscripts with descriptive notes. Manuscripts are listed with Gregory-Aland number, their contents ("e" on the right stands for "the evangelists", so a gospels manuscript), date of the manuscript, material of the manuscript (paper, parchment, etc. - in the case of those on the right they are "Pg", short for περγαμηνή, Greek word for "parchment"), total leaves, columns, numbers of lines of text per page, dimensions of the manuscript and location (including the shelf number in the local institution). And no, the location in the sample is not where we are at :)

So the task today was to compare the data in the K-Liste to what was in their internal catalogs. Easy and boring, right? Wrong. For several reasons.

So we looked through catalogs, compared notes, identified manuscripts found in the K-Liste and identified several that were apparently not in it, all to put in motion a shoot for as many of the manuscripts in this institution as possible. Even now details are being ironed out, dates set, etc.

Once again, car fun. Parking was so bad, Garrett had to park more than 2 kilometers away from where we were doing our work. The original plan was for Dan and Adam to hang behind while Garrett and I took a cab to fetch the car. After several failed attempts to communicate with the cab driver where we needed to get, we just headed out on foot. En route we tried a couple other times, once again, to no avail. But we had our GPS unit (a Garmin), and finding it was not too difficult. And we even got some good exercise.

Fortunately our route took us by a temple to Zeus. We didn’t stop to go in since we had our companions waiting for us, but I did snap a few pics from the outskirts. Here is one: 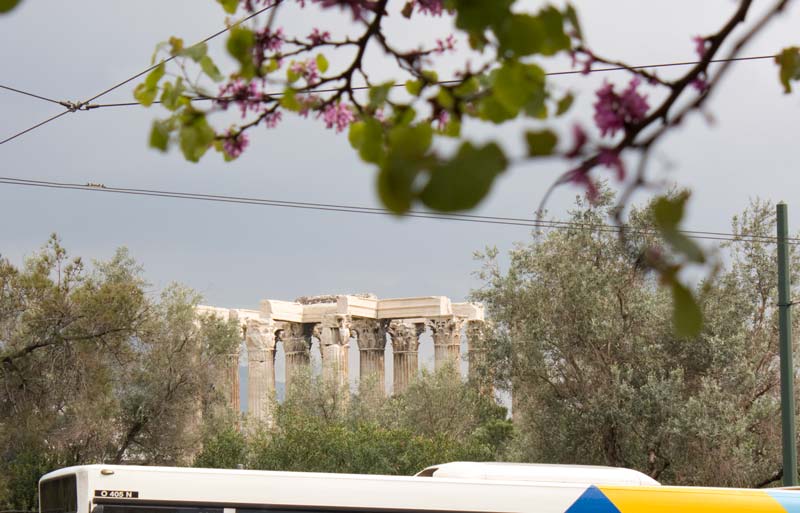 And, of course, what city is worth its salt that doesn’t have some likeness of Michael Jackson (intended or not) setup somewhere in it? 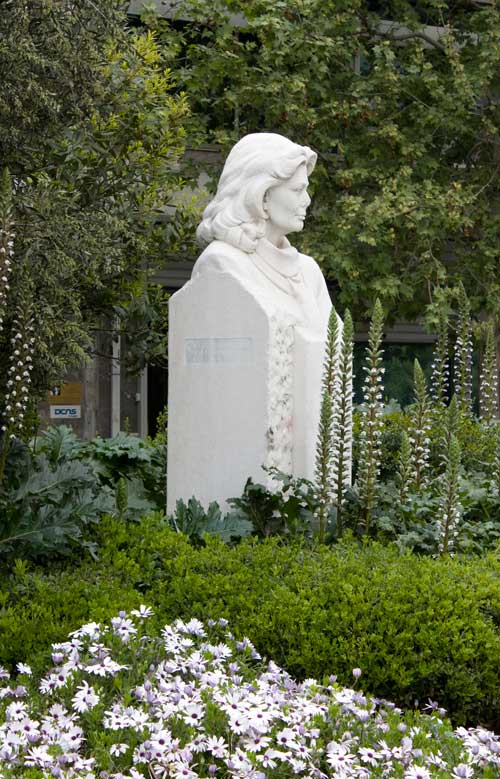 And that was it for the day...at least all that any of you would find interesting. All in all a productive day.